In this installment, I have reshot the skin tone portion of the direct comparison.  I brought on Local600 DIT Thomas Wong to supervise the color and quality-check the results.

Some interesting points were raised regarding white-balance and how it effects color reproduction with regard to the RED footage in the last test.  To help reduce user error, i conducted the test under more controlled conditions, eliminating mixed color temperature light sources.

The lighting set up was 2 matched daylight sources: Key from camera left, and a background/edge light from camera right.  Grey set paper comprised the backdrop to help avoid color contamination.  Our studio and lighting was provided by the Russel Brothers, TheRussellBrothers.com

Note that I did not use fill light in order to see how the skin tones read within deeper shadows. I used two models, with two different skin tones, and adjusted the light for each of their single-shots, then balanced the lighting for the two-shot.  The lighting was identical between the two cameras, with the same lens was used on each: a RED 18-50 (courtesy of Ned Soltz, Ned Reviews.com), as my iPanchros were rented for the week.

We let both cameras warm up for 45min, and black balanced them together.

I exposed the Scarlet @ the recommended 800ISO using false color.

Tom Wong, DIT and Colorist, brought along his Leader Scope and Flanders Scientific Monitor.  Here are his opinions:

“The F3 reaches into the shadows better cause it’s a stop faster than the Scarlet. Combined with the extended highlight rendition, overall I thought the F3 produced a much creamier look. The lower resolution and gentle roll-off really gave more pleasant skin in general, and showed the good stuff while hiding the stuff you don’t want to see in skin- a lot of the reasons why people choose the Alexa over a RED.

( On both cameras*) color rendition was very nice; it wasn’t perfect, few things are. There were some bias in certain areas, but overall i think (they) rendered skin very naturally, and the red shirt was the closest thing to what we were seeing in real life. It was this brighter, more scarlet type of color.

That said, I don’t like stock Redcolor and Redgamma. Despite how much it’s improved. I think it can fool the DP, and throw off lighting decisions. Like lighting for stock 709 on set for an Alexa. You’re throwing away a lot.  For example, in RC3 RC3 the image is a lot crunchier and contrast is much higher. Because of that it feels a touch underexposed. So it might convince you to throw in more light.   Developing from REDLOGFILM is 100x better. It more accurately represents what you are capturing, in my honest opinion. You get better shadow detail, better highlight roll off, the whole image overall just looks more buttery and colors feel a lot more spread out in the signal and natural. The RED is still more contrasty than the F3 because it’s not reaching into the shadows as much at 800 ISO, so that’s actually kind of a con for the F3 too. If you want much higher contrast it’s harder to achieve cause it’s digging into the shadows so much more.

Overall i think RedLogFilm and S-Log can be neck and neck, but as far as accurate color representation without any additional color correction other than contrast and saturation, I feel like the F3 more accurately sees certain things, like the red shirt for example.  All of it can be corrected of course, but to get the shirt right without secondaries you’d be affecting everything else to get the shirt right, and you would be manipulating values more.   Can you get there? Sure, your high quality raw files to do that, but is it more work? Yes, a little bit.  I find that the more you have to compensate and move values around, the more destructive it can be to the image. After all, you are manipulating gain in the channels after all. Fortunately, it’s a robust codec.   Everybody has different needs, time requirements and different ways of working for every show. These are all factors in decisions with cameras.  If it came to matching a RED to F3 and vice versa, it would be easily done cause both are so robust in their color matrix, and being so close to “perfect” as is. HOWEVER, The biggest challenge as a colorist would be the fact that the F3 sees more shadow detail and has more highlight rendition. Those are actually more of the blaring differences in the images and that may complicate the matching…………and of course F3 can’t blow up to 4k and look good :)”

The new test was a good thing for me in particular. I finally got a sense of the latest RED workflow from on set through post.  I’m finding that through direct comparison, the flaws in the F3 are starting to expose themselves more.  There is aliasing on his jacket, and the highlights can be almost unnaturally muted at times because of how aggressive the log curve is up top.  The Scarlet is sharper and has a glossier look.  Again, I use the different cameras for different purposes, though with the REDlogfilm workflow Tom and I established, I find that I can get a look that’s smoother with less punch.  It’s a matter of personal taste, I prefer a softer contrast.

Tom brought the images to a “pleasing” level ( custom LUTS are subjective).   We rated the cameras at 5600K, and Tom performed the grade though Scratch Lab directly from the R3D, and the final output was directly from RAW with no RGB render before grading.  The Scarlet measured approximately 5700K in RCX with a manual WB from the Macbeth chart.

Tom created a LUT on set, and saved the TrueLight Cube before converting it to a 3DL file to be applied to the LOG footage in Scratch.  We used REDlogfilm with a LUT-ed workflow because it’s the best way of seeing what the sensor actually sees.  RC3/RG3 is essentially a LUT created by RED, but we felt by comparison that we would get better results with a LUT workflow.  While I can see how RG3, with its harsher contrast, is useful as a safety catch, the crushed black forces you to expose to the right on the histogram, and keeps the lower end of the signal better fed with more light.  As you can see, the LOG/LUT workflow didn’t have a noise penalty as the Scarlet was behaving quite well with the light in the scene.

The Images were not matched to each other; we wanted to see where they landed though the native look of the sensors.  The ISO1600 of the F3 is seeing much further into the shadows than the Scarlet’s.  It’s interesting because the sensitivity is working against the F3 in this case.  The base fill of the room, and the spill from the lights on ordinary objects, was both lifting the black and reducing contrast.  Herein lies the double-edged sword of sensitivity.  Spill is your #1 enemy.  This information is useful should you ever need to intercut the two cameras.

Below are some grabs from the video with the corresponding Vectorscope LUT framegrabs. (note: in the final grade Tom pushed the saturation of the F3 footage up a bit, so if you scope the images below, you will see a small disparity in saturation)  There will be R3Ds and Tiffs, as well as DPX filed available to download as soon as I get some additional server space.  I am switching hosting companies.


I encourage you to download the samples and see how they grade in your own system. They will be up in the coming days.


I actually find the red to look a bit better.  It has a nice healthy skin tone.  RC3, really nailed it.


Tom in his odd sense of humor chose the cheesiest font and music on earth.  Thanks Tom…… 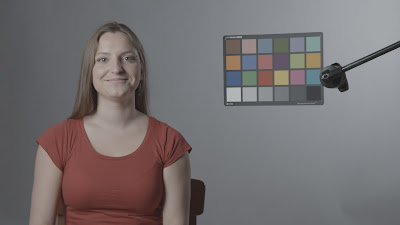 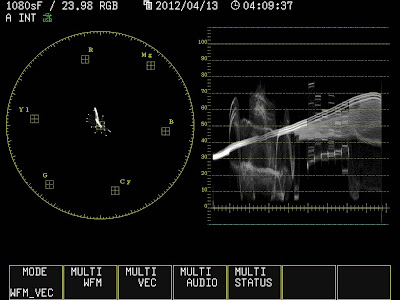 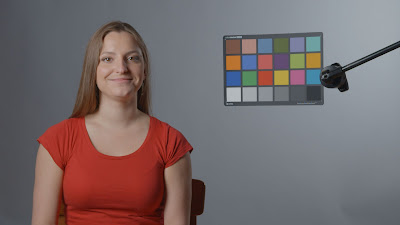 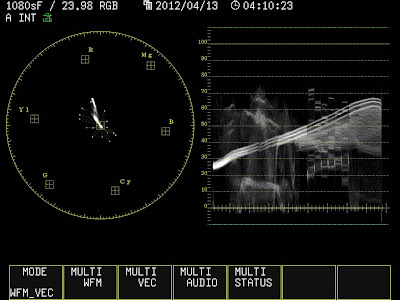 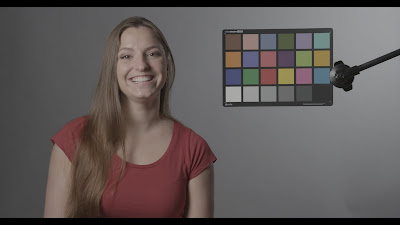 I am missing the Screen Capture from the REDlogFilm Leader Waveform/Vectorscope, oversight on set. 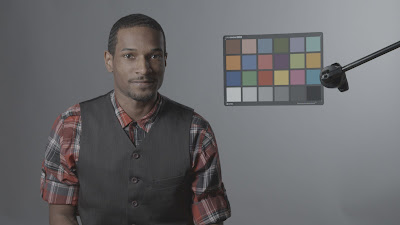 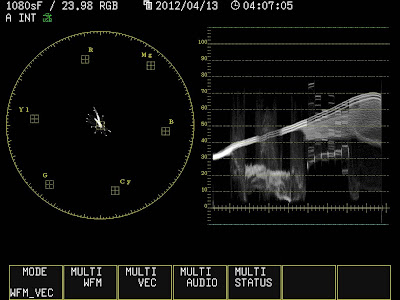 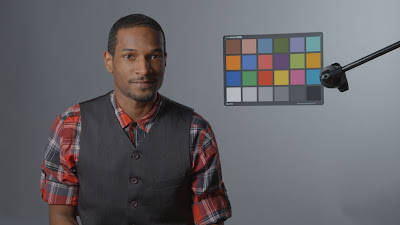 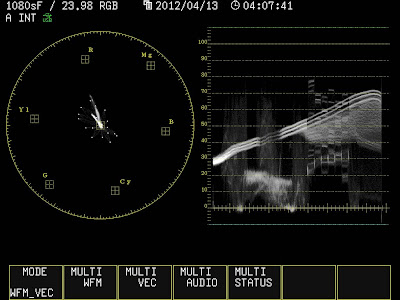 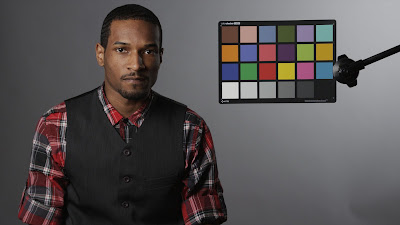 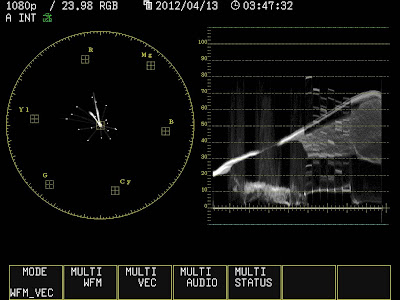 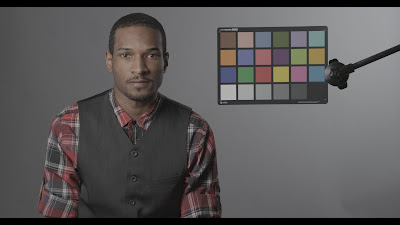 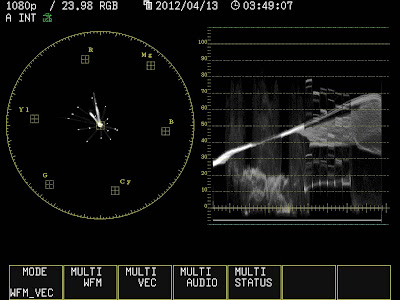 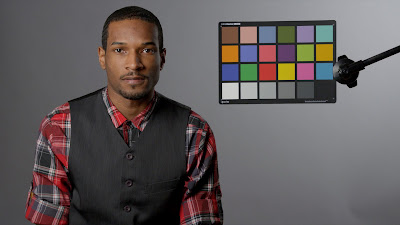 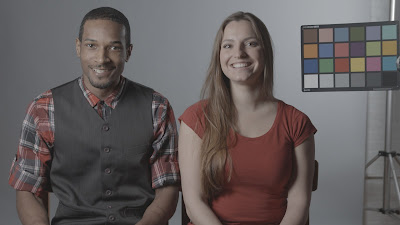 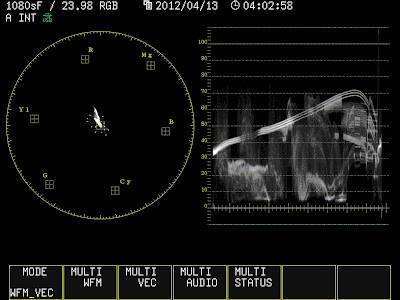 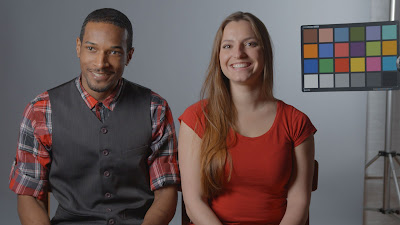 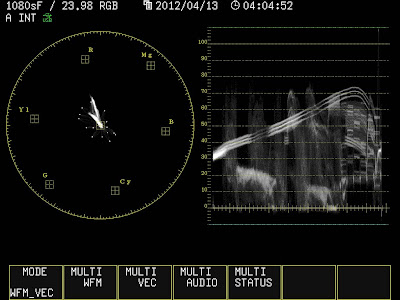 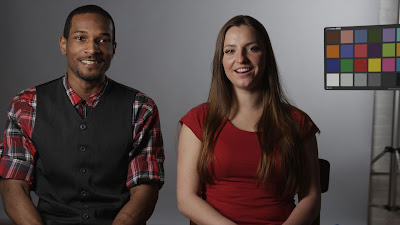 Thanks for the update! I’m still favoring the filmic look of the f3. Which do you think requires the most skill at grading to get a filmic, cinematic look?

WOW. Awesome post. Now I am ashamed of my own skin tone tests…

Great test. Sony is more affordable and less of a headacke in post. To me, it is the best value.